Founder in the USA

Important dates in the Life of Leonarda Lentrup

"Sr Leonarda came to the United States with forty seven cents. Thirty six years later when God called her, she left her adopted country with the blessings of her works: three hospitals, two Homes for the Elderly, one Retreat House, and one Home for Girls, ten schools, several seminary kitchens where her Sisters still did the work, a large Provincial House in Techny, and hundreds of friends. All sensed the love of the Holy Spirit in her very demeanor. It is because of this closeness to the Holy Spirit that we can say of her with the author of Proverbs: The woman who is wise is the one to praise." (From A Biography of M. Leonarda Lentrup S.Sp.S. by Ann Gier) 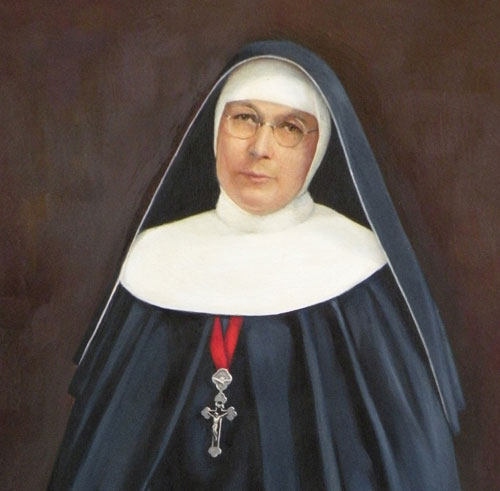 God Holy Spirit all for love of you

Each person while on earth gives but a very small part of her life, just a dot; Each lifetime on earth is but an infinitesimal point in time. Every human being lives on earth to prepare for a greater life to come. A person lives here temporarily, but one day will be eternally happy. So it is that in each one's life there may be a task, a calling, a special mission - yet all are but moments lost in eternity.