Arnold Janssen’s spirituality was centered on love and veneration of the Blessed Trinity. His image of God was that of the Trinity, a communion of Persons, present in human history and the driving force of the mission. Arnold’s image of Jesus was the Divine Word is his sacred humanity, expressed in the Church of his time by the devotion to the Sacred Heart. His deepest desire was that the Divine Word might live in all hearts, so that in his Spirit all hearts would become a worthy dwelling for the Triune God. A further characteristic of Arnold’s spirituality is his devotion to the Holy Spirit. Fr. Arnold consecrated himself totally to the God of Love. His attitude of constant listening to the Spirit in order to discover the will of God was one of the foundational pillars of his spirituality. The political and religious situations of many countries were challenges, which opened Arnold’s mind and heart to the call of the Lord to Mission. “Mission” then became the one single driving force of his life, which made him capable of continually transcending himself and placing all his talents and resources at the service of the Reign of God. Fr. Arnold’s direct response was to found the Society of the Divine Word; in the course of time he also recognized the need for a complementary mission Congregation of women. This became concrete reality in the Missionary Sisters, Servants of the Holy Spirit founded together with Helena Stollenwerk and Hendrina Stenmanns. 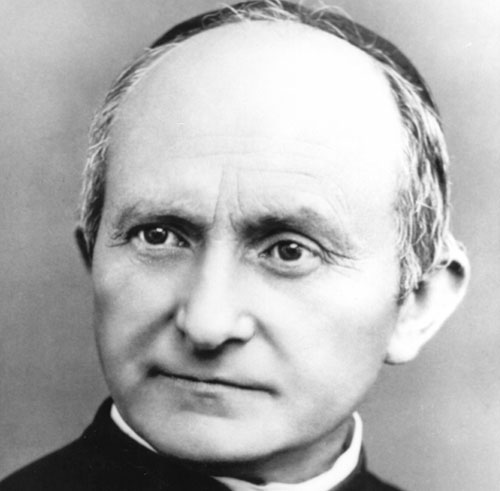 Mother Maria, Helena Stollenwerk had a special devotion to the Sacred Hearts of Jesus and Mary. From her early childhood onwards, she developed the feminine qualities of sensitivity, compassion and gentleness. Her love and enthusiasm for the abandoned children in China were the inspiring motivation that enabled her to overcome difficulties. In her search to realize her missionary vocation she was truly led by the Holy Spirit, paying conscious attention to God’s voice in her heart and in her surroundings, in order to come to an unconditional surrender to God’s will. In her role as a superior of the young community great love for the Eucharist and a deep interior life enabled her to build up a community of love and to continually in the presence of God. 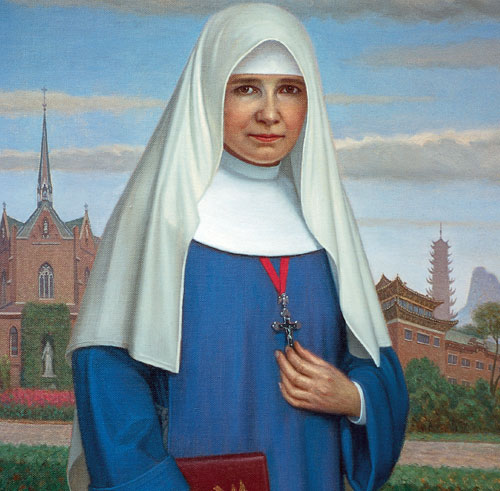 Mother Josepha, Hendrina Stenmanns shared the same spirituality as Arnold and Helena. Her constant prayer “Come Holy Spirit” led her to contemplative attention to the presence of God in her heart and in people, even in the midst of her many activities. Josepha’s deep love for the Eucharist flowed into love and care for the poor, the sick and the needy even before she was accepted in the Mission House in Steyl. Through her simplicity, spontaneity and closeness in her relationships with the sisters and others, Mother Josepha expressed eloquently her feminine qualities of compassion and love, generosity and common sense.

passed on to us the following aspects of their spirituality, which became fundamental characteristics of our congregational spirituality and charism: 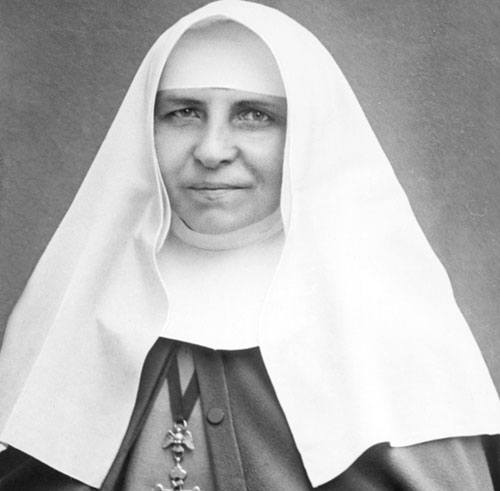 The Quarter Hour Prayer was originally prayed every 15 minutes. The mystery of the Trinity dwelling in us had a special significance
for our Founder, Fr. Arnold Janssen SVD. We, Holy Spirit Missionary Sisters, pray to this indwelling God in the Quarter Hour Prayer and
renew our covenant with God in the acts of faith, hope and love. We call to mind the incarnation of the Word and the sending of the
Holy Spirit in making the love of God known.

Quarter Hour Prayer:
God Eternal Truth, We believe in you!
God our Strength and our Salvation, We hope in you!
God, infinite goodness, We love you with our whole heart!
You have sent your Word as Savior of the world! Let us all be one in Him!
Send us the Spirit of your Son, That we may glorify your name!

An Immigrant Who Touched My Heart by Sr. Sara Guardado, SSpS
While I was a postulant living in Mexico City, a man called at our convent. I could see he needed help. He was exhausted and his feet were
badly wounded and swollen. At first I listed to his story. He had come from El Salvador and was passing through Mexico to go to the USA.
In Mexico, a gang of youth had ambushed him and took the little money he had. The only way he had to go forward was to walk. He had
no money for food or bus or train. He told me he had a wife and three children whom he loved dearly. His leaving was very hard for him
and his wife, but they had nothing to feed or educate their children. He and his wife had decided that they needed to make a way for
their children. They needed to sacrifice and maybe even give their lives for them.

I went to Sr. Emiliana and told her, "This man really needs help. He has nothing. Look at his feet." The man showered in the visitors'
room and I took care of his wounded feet and gave him something to eat. He asked for further contacts of people who might help him.
I gave him some train tickets I had and 50 pesos (about $5.00). After that he would have to walk again. I also gave him a blanket and
a map to help him along his way.

I tried to give him hope. I told him, "I will pray for you. I am sure you will find a job. People will help you along the way." There were
tears in the man's eyes and he said, "You think I will find a job?" He told me that he would never forget my help and his experience with
the Sisters. Then I realized that the poor, like this man, need someone to listen to them and understand their story as much as they need food.
I saw that such people need our help and to be true to our mission, we need to help them. This man really touched my heart. God gives us so
much in our communities. How can we use our resources to help those in need?

Memories by Sr. Dolores Marie Kuhl, SSpS
As another Sister and I were taking our usual after-school walk, a middle-aged man stopped us, not far from our convent in Jackson, Mississippi.
He asked us a question. "Where is Sr. Arseniana (Arlene)? She taught me when I was in the 4th grade at Holy Ghost School in Jackson and I loved her."
I'll always remember Sr. Arseniana becuase she often called her students to go to the chalkboard and write the times tables up to 12. Some could -
some could not. Sr. Arseniana always came to their assistance and helped them even when they went into the 5th grade.

We told the man who had asked about Sr. Arseniana that she fondly remembered her former students, and that she had died a number of years ago.
I was teaching the sophomore class at Sacred Heart School in Greenville, Mississippi in the early 1960s. For an assignment, the students were to report
about the Civil War which they had studied in class. During the next week, one student went to the public library to find good material for his report.
The librarian told him he could not check out any books, but only use them in the library under close supervision. The student's report was very good.
He received an A+ for his perseverance and determination.

My Vocation by Sr. Mary Helen Sullivan, SSpS
I first felt called to religious life around the time of my First Communion. I wanted to give myself totally to Jesus. There were Dominican Sisters, from
St. Catherine, Kentucky, in our parish. But I wanted to give myself completely, either in the cloister or as a missionary, like Fr. Damian with the lepers.
This calling never left me, but I thought I should have more experiences in the world when I left high school. I finished high school at the age of 17.
Then I went to Omaha to work. I lived in a boarding house with my older sister, Marg, and our friend, Marita.

My younger sister, Fran, finished high school and planned to go into Nurses Training. That would leave my mother, who had a heart attack,
without any of her five daughters to help her. So, I decided to leave Omaha and go back home to help my parents for a while and then to enter the convent.
After being home with my parents for two years, Sr. Mary Charles told me that if I intended to enter the convent, I had better get going! So, I entered
the convent in Techny on September 12, 1951. After the postulancy and novitiate, I made my first vows on June 24, 1954.

If you have any specific prayer requests we would love an opportunity to pray for you. Please leave a prayer request below and
we will be sure to keep you in our prayers.